***ONGOING PROJECT***
Page 1 starts on the left!
​To see them in all their glory, click HERE. 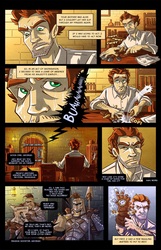 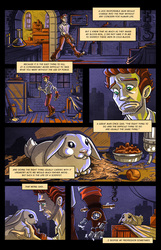 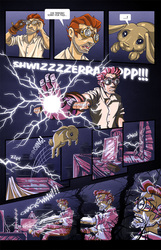 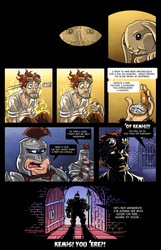 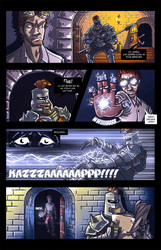 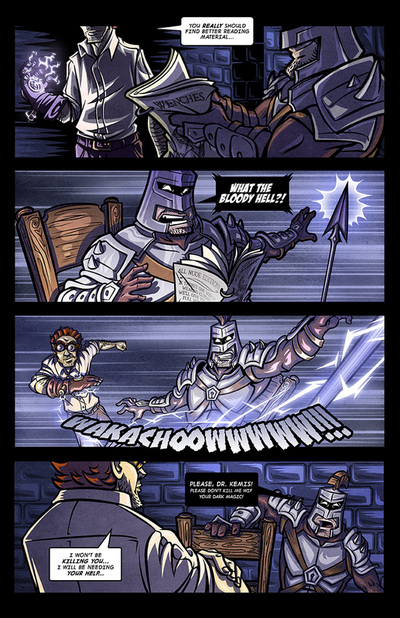 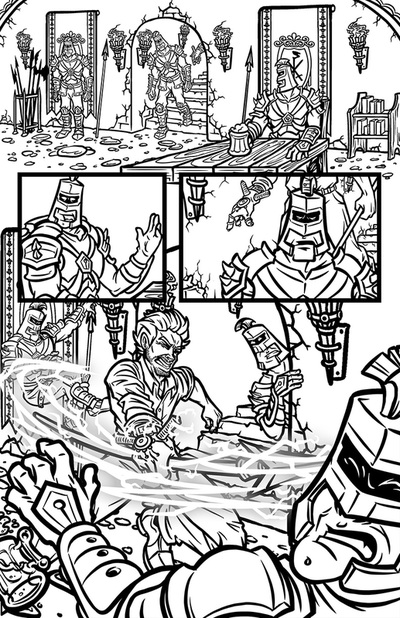 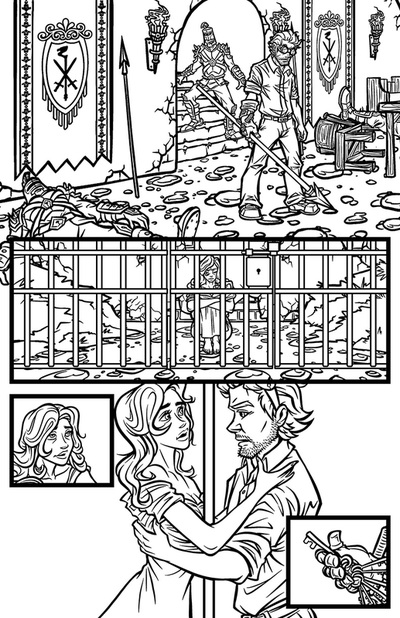 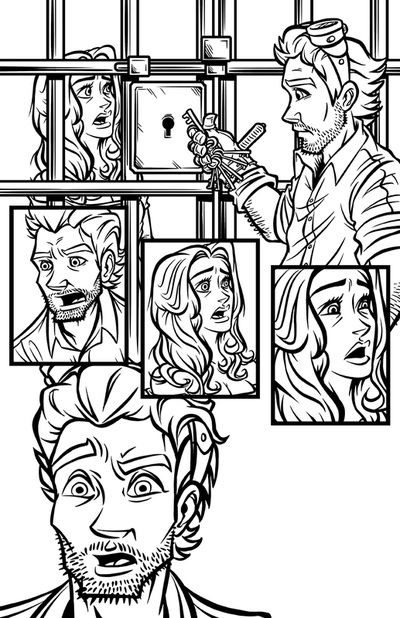 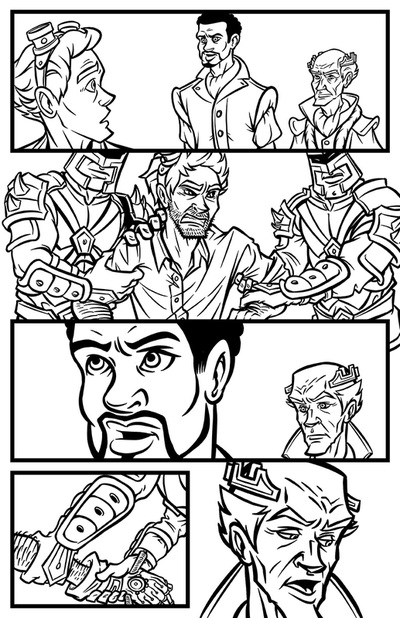 Story Summary: An altruistic scientist named Theodore Kemis works for the ailing King Kellian who he hopes he can save by way of his experiments and serums. His fiance, Leeya, means everything to him and he feels he has truly met the one person who understands him. Meanwhile, King Kellian hides a dark secret that means doom for everyone involved.

Numerous gods watch from up above in the Overworld to ensure that the fates of the mortals are secure. They are the balance keepers and do everything in their power to protect it. When they find out that a poison has been unknowingly unearthed by Dr. Theodore Kemis, they send Filious and Kanious down to Earth to restore the balance.

While there are gods who want to protect the balance, still there are ones who want to destroy it. Hessic and his sons live out their eternity in the Underworld after being imprisoned by Solus for treason. His two sons, Jinik and Callus, are relatively well-adjusted, but his black sheep of a son, Adam (Skegs), feels he has been unjustly punished. Because of this, he will seek to destroy the balance to meet his own ends.

Ensuring that the balance is secure is Kiltara, a goddess who was betrothed to Adam centuries ago. She has been tasked with tending the barrier in the Underworld. When Adam realizes Kiltara possesses the sacred Staff of Herod (a staff capable of allowing the user to traverse different realms at will), he tries to seduce it out from under her in order to assert control over the ones who imprisoned him.

A child (Rex) is born to Theodore and Leeya amidst a dark secret. When the gods up above see that the fate of the mortals may lie with this child, they do everything they can to ensure his safety. What they don't know, however, is the dark future that lay ahead...

An altruist of the highest order, Theodore Kemis doesn't take his job lightly. Not only is he in the royal employ of King Kellian, but everything he does is for the betterment of mankind. As such, he is a bit foolhardy when it comes to accepting the realities of this world and is too easily trusting. He is blissfully unaware of the forces at work that are shaping his very future. Theodore will endure a journey of trials unlike any other that will change him in ways he could never have anticipated.

Leeya is a maid in King Kellian's castle. She is being courted by Theodore, who would do anything to protect her, though what Theodore doesn't know is that she would endure anything to protect him. She is considerably more aware of her surroundings and less naive than Theodore, however, she is a lot more vulnerable, being a subservient woman in a patriarchal society such as Verstad City.

King Kellian is the ruler of Klasia. Not only is he Theodore Kemis' financier in all of his scientific endeavors, he also plays a pivotal role in shaping the fates of those around him. However, he is merely a simple pawn in a much grander scheme. The King's actions are usually selfish, but he would argue that he does things with the best intentions.

Hilda is the great aunt to Leeya and also a witch to boot. She has outlived the rest of her siblings and taken on the duty of being the Matriarch of the family. She practices simple magic and has a passion for the Tarot, but her faith is truly challenged when Leeya introduces her to Theodore. The two of them are at odds, but when they work toward the same goal, they find they can accomplish great things together.

Adam is a prisoner of the Underworld since he was put there by Solus for treason against the Kingdom in the Overworld. He has since become embittered and perpetuates his own misery through isolation. He has his entire family to keep him company, though he does not value their company. He values only power and his only regret is that he did not succeed in his previous plans. Adam is not the strongest of gods, but with his will alone, he can bring an entire kingdom to its knees.

Kiltara has a history with Adam, but since has become independent and dutiful. She also loathes herself for not noticing the evils he is capable of. She has taken up duties of tending the barrier in the Underworld and keeping it safe from intrusion (and escape). Kiltara is just another pawn in Skegs' plan to takeover the Overworld, but she is perhaps the most important piece in this puzzle. She is the one saving grace of Skegs' past and the only possible path to his salvation.

Callus is the second son of Hessic's three sons. He looks like a boy of 11, is young at heart and playful, but he is actually much older, which can be noted when he speaks. He cares for his family, especially his youngest brother Jinik. On the other hand, he sees through his brother Skegs and all his machinations. If there is one deterrent to Skegs' plotting, it's Callus.

Jinik is the last born of Hessic's sons. He is the fruit of Hessic's affair with a mortal woman and thus is confined to the Underworld along with his father and two brothers. He is mild mannered, kind, and encourages those around him, but sees little worth in himself. His strength lies in engineering, since he builds different machines to help the process of running the Underworld easier. He always tries to see the best in everyone, even Skegs to a point. He is mostly attached to his older brother Callus, though it will take some coaxing for him to come out of his shell.
Concept: The Immortals focuses on man and his hopes, his fears and his fate. It explores the concept of immortality and what it means to be human. In the world of The Immortals, gods are not the strong, invincible forces you've been led to believe--They are weak and fragile, just like us, except they can outlive us a hundred times over... But have they always been this way or did they have to earn this everlasting life? And at what cost?

Credits: The Immortals is a graphic novel written by Jamie R. Stone and Brenda G. It has been worked on collaboratively for over 5 years and was the direct inspiration for The Immortals Tarot deck. We believe that it's an appealing story with themes of greed, revenge, love, betrayal, lust, power and--most importantly--family.

Inspiration: Continual sources of inspiration include The Fifth Element, Back to the Future, The Shawshank Redemption, The Matrix, Firefly, Harry Potter and many, many more...
check out my Patreon for updates!
All works are Copyright by Punksthetic Art, LLC, 2018.